We were commissioned by the prestigious Dutch Type Library to developed a revival of the types cut by 16th century punchcutter Hendrik van den Keere and extend the characterset of a typeface designed by the famous type designer Matthew Carter.

The Project started already 26 years ago with the development of DTL Flamande. In 1992 at the Didot seminar in Hamburg, Germany, Matthew Carter showed Frank E. Blokland a revival that he had modeled after the Gros Canon Flamande and the Parangonne Flamande (both dating from 1571) from the Flemish Renaissance punchcutter Hendrik van den Keere (ca. 1540–1580). At the time of the seminar Blokland was working on dtl VandenKeere, based on Van den Keere’s Parangonne Romain (1575). In Hamburg Carter granted the Dutch Type Library the rights on his textura revival. The character set of dtl Flamande was a bit incomplete for modern standards and Blokland wanted to enhance this with roman capitals. After all, Plantin combined VdK’s ‘Grasses capitales de 3 regles mediane’ with the lowercase of the Gros Canon Flamande in his Psalterium from 1571. These additions were actually made 25 years after dtl obtained the rights on Flamande. 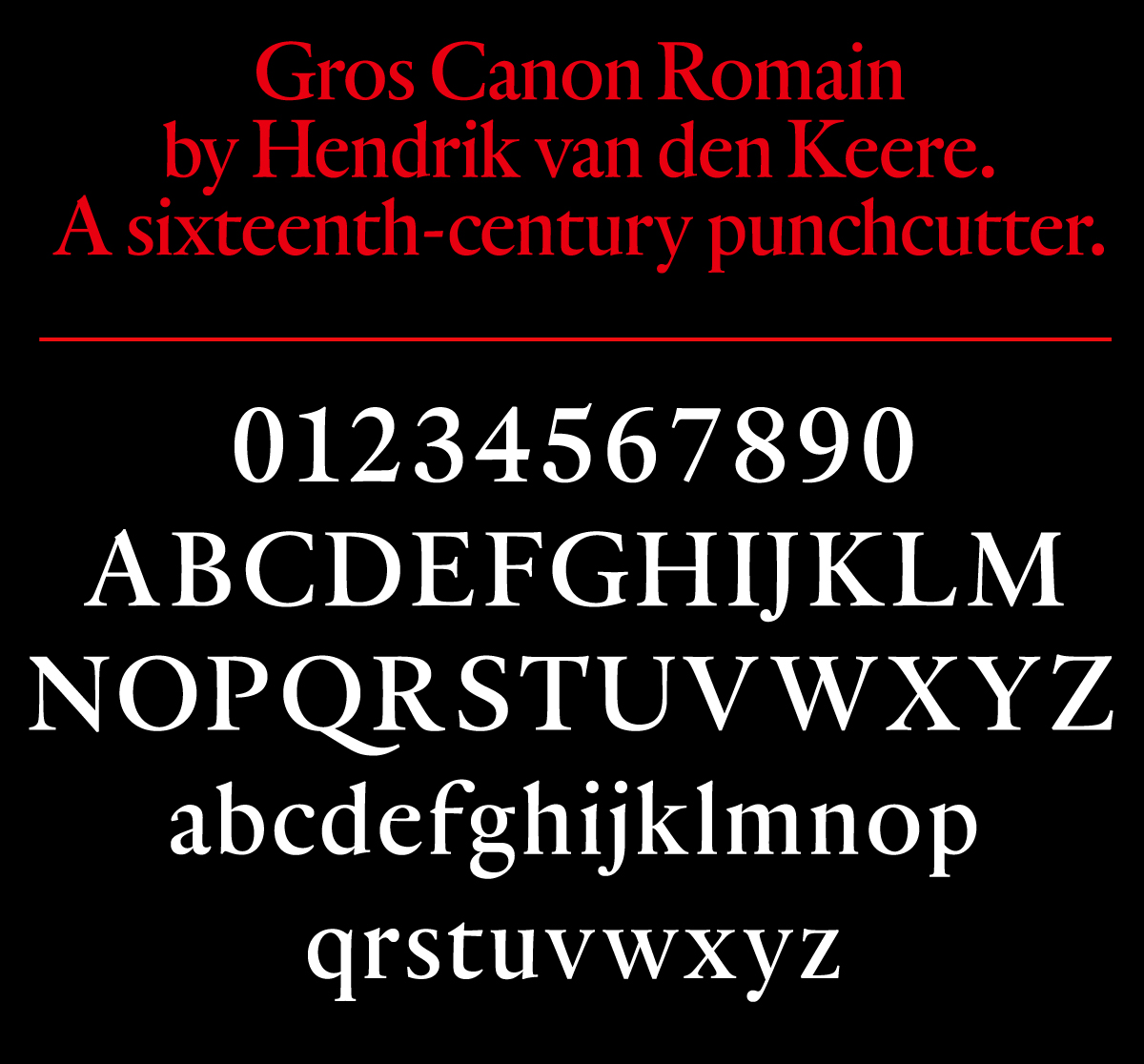 For completing the character set and for adding the roman capitals, Lukas Schneider, a former student of Blokland who holds a master’s degree from the renowned kabk TypeMedia course in The Hague and who successfully graduated at the EcTd course in Antwerp, was invited. Schneider was already familiar with the Renaissance type-production processes, because he developed the ls Cadencer application using Blokland’s algorithms based on the distilled patterning from archetypal type. Schneider also developed revivals of Van den Keere’s Gros Canon Romain and Canon d’Espaigne (rotunda type) for the Dutch Type Library.